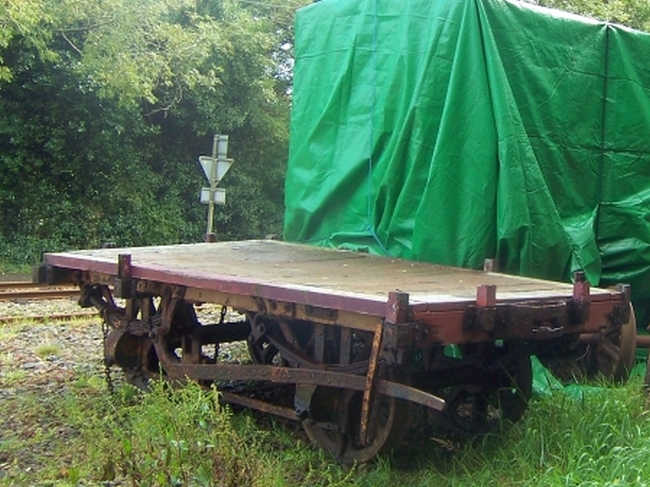 History: Van No.14 arrived at Derby Castle from G.F Milnes and Co. in 1904, listed as a ‘luggage van’. No.14 was repainted into a Red livery and fitted with front and rear advertising hoardings in 1982, with the intention to revitalise the service of moving customer’s goods by rail.  The wagon saw use within the consist of Locomotive No.23’s demonstration freight runs during May 1983, with Wagon No.8. It was stored in the Ramsey Area (both Station and Car Shed) from 1992 till 2001.

The body was then cut-up and removed during June 2002, No.14 being converted into a flat wagon and taken to the IoMR yard at Douglas. No.14 was then moved to the Homefield Bus Garage in Douglas between 2003-2006, returning in 2009 and placed in off-tracks storage at Dhoon Quarry.