Car No.20 passes Car No.1 and Trailer No.58 at Lewaigue, 17th September 2013. Single-line working was now in force between Lewaigue and Ramsey, with the Branch Line Society tour stabling here to let timetabled services pass. © Andrew Scarffe 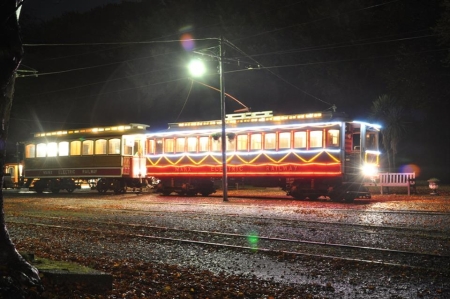 ‘Illuminated’ Car No.9 and Trailer No.58 await Pie in the Sky Passengers at Laxey, 19th October 2013 © Andrew Scarffe

Thanks to all for news and information!