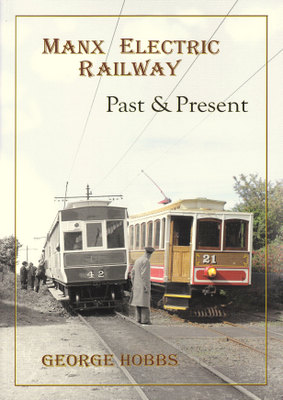 The description enclosed reads:
“The Manx Electric Railway is famous as a Victorian survival but the fact is not as simple as it seems.The unique
tramway, like any other, exists to take people where they want to go. Without passengers there would be no tramway and so the MER has survived by adapting.

Covering the eighteen miles from Douglas to Ramsey, this book contains a fascinating collection of old and new photographs. Wherever possible the new photographs have been taken from the same vantage point as the old and so show what has altered as well as what has stayed the same.“

The 140 page A4 book is priced at £22.50 (inc P and P) and is available from the following link – http://www.videoscene.co.uk/manx-electric-railway-past-and-present-by-george-hobbs-book.html