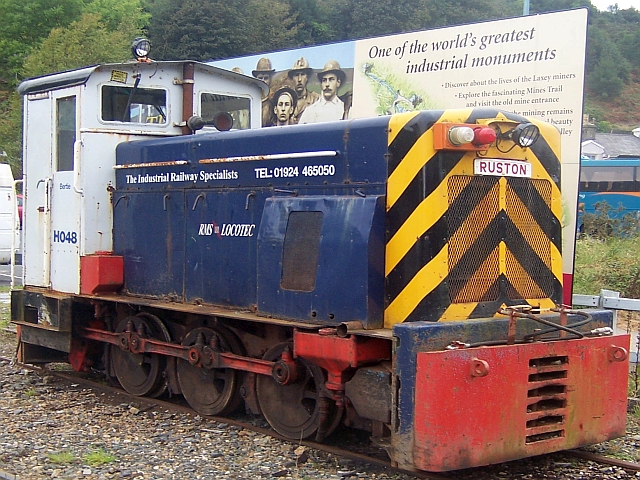 History: Bertie was one of a pair originally built for the Associated Portland Cement Manufacturers in 1949, working in the Ufton Lime pits in Warwickshire. The loco was later moved to Kilvington Gypsum in Nottinghamshire, where it worked until the quarry closed in 1984. It was then donated to the Northamptionshire Locomotive Group and arrived at the Irchester Narrow Gauge Museum later that year in December.

It arrived on the M.E.R in February 2006 on loan to RMS Locotec as part of their growing permanent way fleet on the line, and given the number H048. Although strictly a works engine, it appeared in 2008 on passenger workings between Laxey and Dhoon Quarry, hauling Trailer No.62. ‘Bertie’ left the M.E.R in late 2010, and is currently undergoing overhaul at Wolsingham on the Weardale Railway.