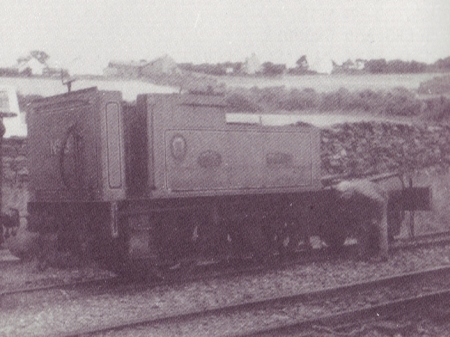 History: The eighth engine to arrive for the IoMR, ‘Fenella’ was delivered in 1894. It ran in service right up until withdrawl in 1968, being purchased by the Isle Of Man Railways & Tramways Preservation Society (then the Isle of Man Railway Society) in 1978, being moved into Douglas IoMR Workshops in 1988 for full overhaul.

The rolling chassis was used for gauging trials on July 17th 1991 whilst it’s boiler was overhauled (being temporarily used in IoMR No.1 ‘Sutherland’  from 1998 until 2003). No.8 was unloaded and then pushed by Car No.26 between Laxey and Dhoon Quarry to ensure that a locomotive from the IoMR would be able to negotiate the tight curves of the M.E.R line. Thankfully, they were found successful, allowing No.4 ‘Loch’ trips along the northern section of the M.E.R. No.8 is currently in operational condition.