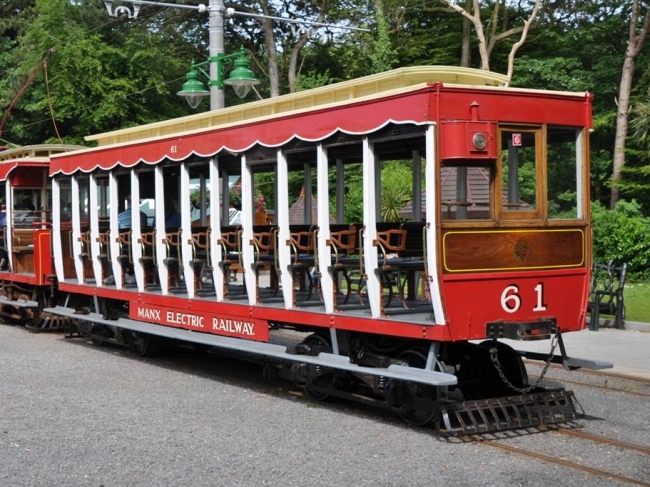 Trailer No.61 was built in 1906 by the successors of the ER&TCW company, the United Electric Car Company of Preston and mounted on Brill 27CxT trucks. It was designed to match the two Motors ordered, No.32 and No.33, and from entering service, was found usually partnered with Car No.33. No.61 also was one of the only three trailers to carry ‘Nationalised Green’ livery during the late 1950s and early 1960s, alongside Trailers No.50 and No.62.

It was repainted into a Red/Teak scheme during the mid-late 1980s, to match similar applied to Car No.33. No.61 was used frequently on services, although it was stored for a short period from Winter 1994-Spring 1996 at Laxey Car Shed. No.61 was withdrawn before the commencement of service in Spring 2009 after it was found to be suffering from cracked axles on it’s trucks. After a period of 9 years in store, Trailer No.61 received a truck overhaul in Winter 2016/17, and has now returned to the active service fleet.