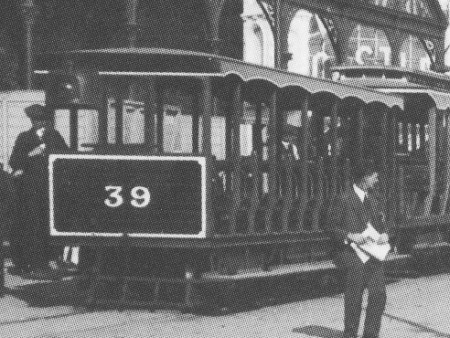 Trailer No.39 at Derby Castle in the mid-1920s. © Website Collection

History
Trailer No.39 was the final Trailer in the batch of six delivered to th Manx Electric Railway in 1894, built by G.F Milnes. The trailer was originally delivered as No.22, however it was renumbered as No.39 in 1898 to prevent a clash with the impending construction of the ‘Winter Saloon’s delivered the next year.