Ahead of our illustrated talk at the Manx Museum (details below), we were given a collection of early era photographs of the Manx Electric – but this one was taken especially by the photographer himself, showing Car No.32 in full freight condition carrying a cab unit from Snaefell No.7 ‘Maria’, and two open wagon bodies! Previously unrecorded on film, the conversion was short lived, for just two years from 1943 to 1945 – whereupon the car reverted to passenger carrying condition with the reinstatement of its bodywork. 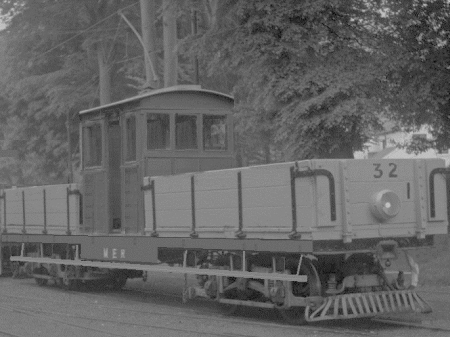 As part of the Isle of Man Railways “Easter Rush Hour Event” an illustrated talk is being held on Good Friday evening by ourselves and the Isle of Man Steam Railway Supporters Association at the Manx Museum lecture hall, doors at 7:00pm and commencing at 7.30pm.