An additional Power Station was needed to power the Ramsey extension in 1898 – and so a site at Ballaglass was chosen, halfway between Laxey and Ramsey.

A purely steam driven plant (in comparison to the Laxey plant which also had water turbines), the large building consisted of coal, boiler (fitted with two large boilers, similar to the example visible today at the Bungalow Substation), engine and accumulator Houses, flanked by a 60ft chimney to the east of the building. All coal and supplies were delivered by rail, as at the time there was no road access to the building, coal being chuted from the railway down the embankment.

In Winter 1934/35, generation at Ballaglass ceased, with part of the interior then converted to function as a substation only and drawing off the public supply. The building was fully sold into private hands in 1968, with the substation part leased back to the M.E.R thereafter. In 1989 the M.E.R chose to replace the facilities located at Ballaglass with a new substation built under the eastern side of Ballagorry Bridge, the building fully passing into private hands. Further refurbishment was carried out in the 1990s to convert it fully into a private dwelling, now boasting a swimming pool in the former coal house. Today, after being obscured for trees for many years, the Power Station is once again visible from passing M.E.R services – with the building now for sale on the property market. 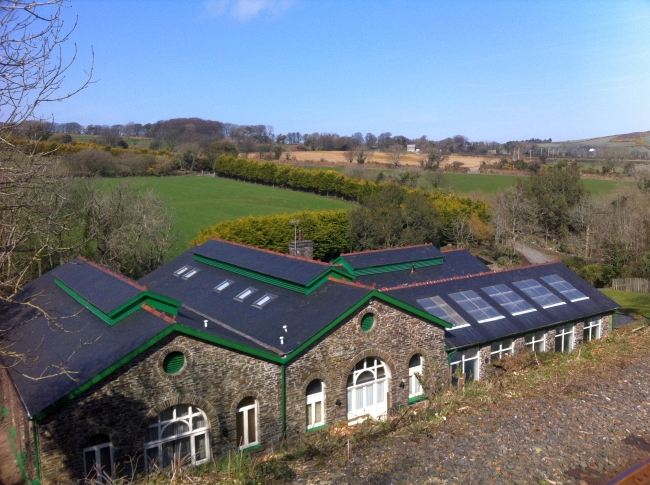 < Back to Buildings and Premises – Ballaglass